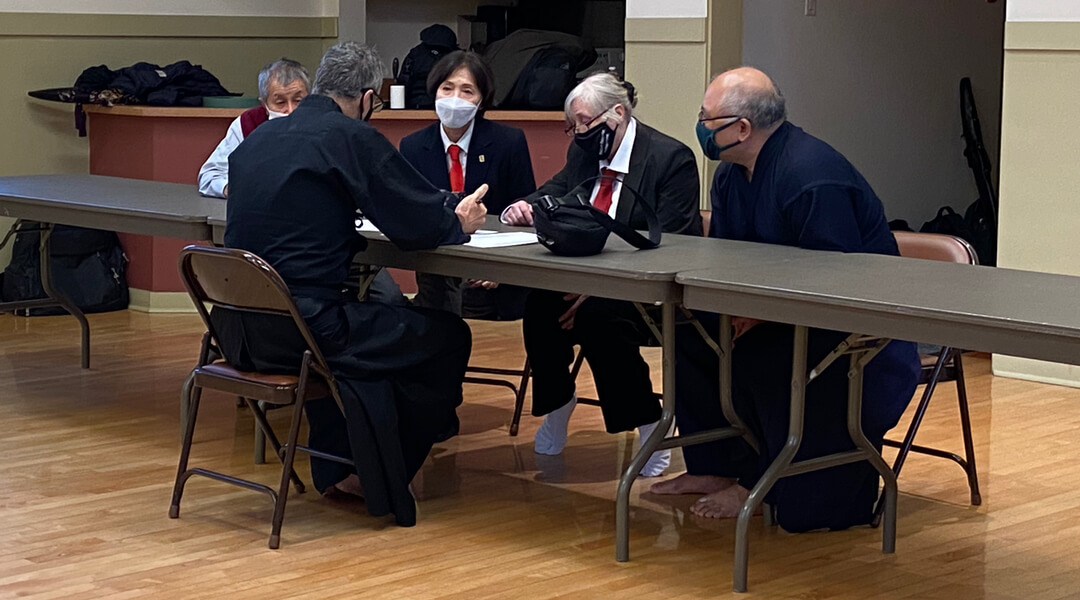 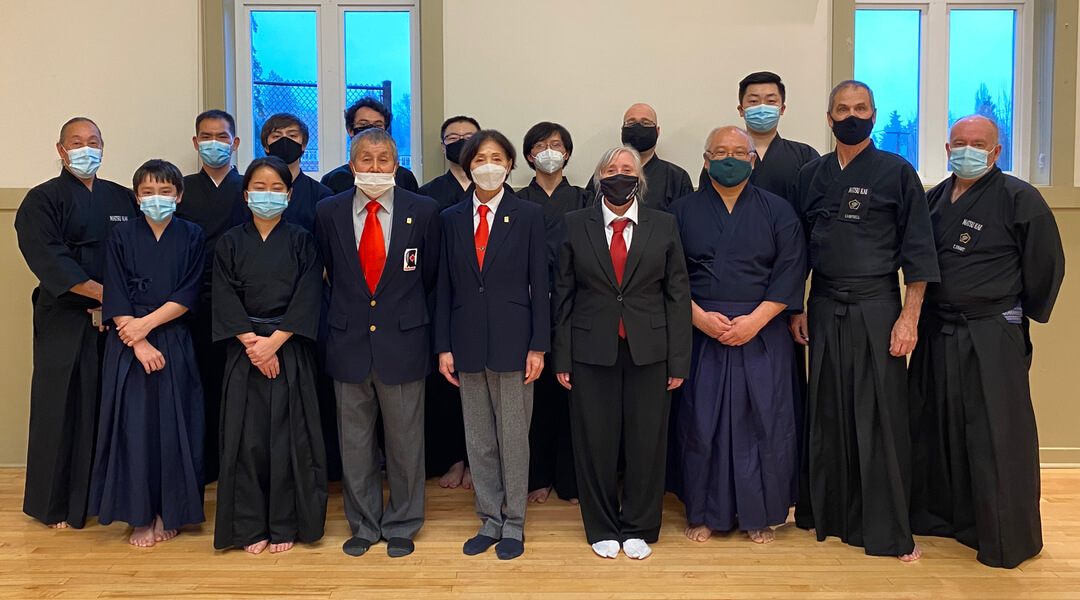 There are a number of people to thank.  First the 5 judges; Amgwerd-sensei (chair), Campbell-sensei (chief western judge), Okusa-sensei, Farncombe-sensei, and Chiu-sensei.  Without their guidance and teaching this would not be possible.
Next the court manager (tachi-ai) Steven Nishio and the registrar/timekeeper Tim Ewart.  These important roles are vital in running a grading.
Finally, the challengers from Lower Mainland dojos and Alberta.  Two challengers traveled from Edmonton and the airline failed to ship their swords so they used borrowed iaito and both were successful.  All participants showed their sincere and attentive iaido and there was a clear separation of skill levels for each dan group. 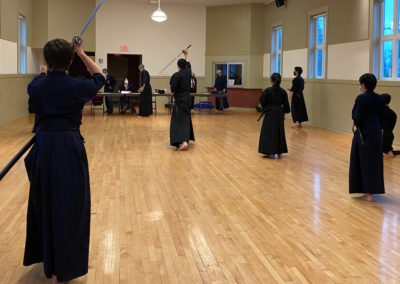 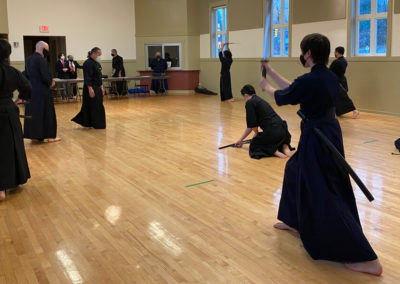 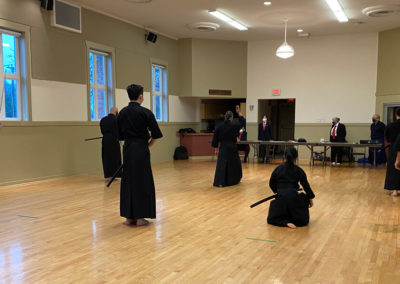 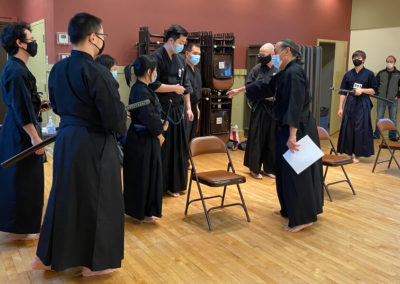 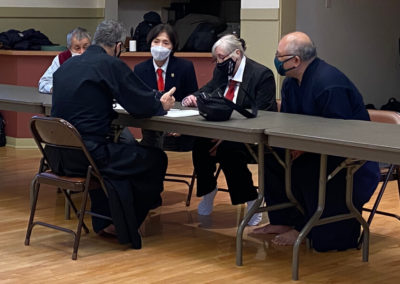 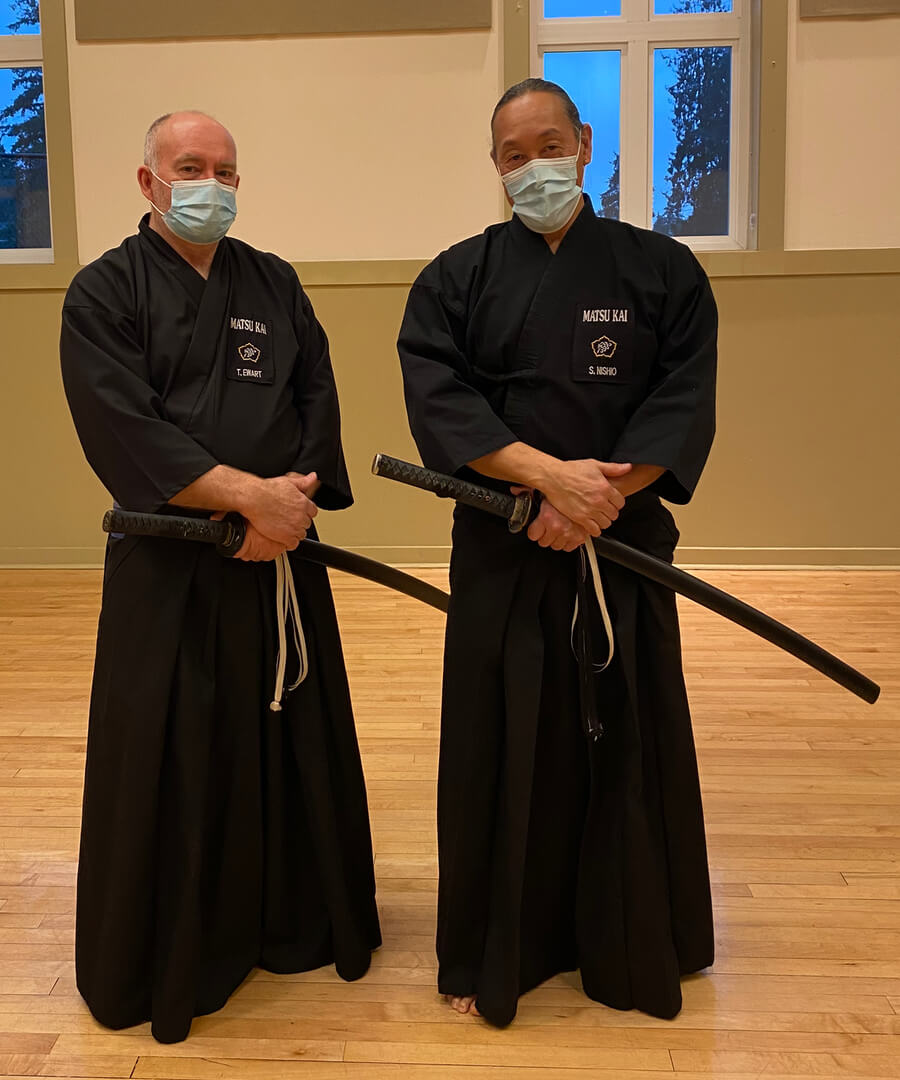 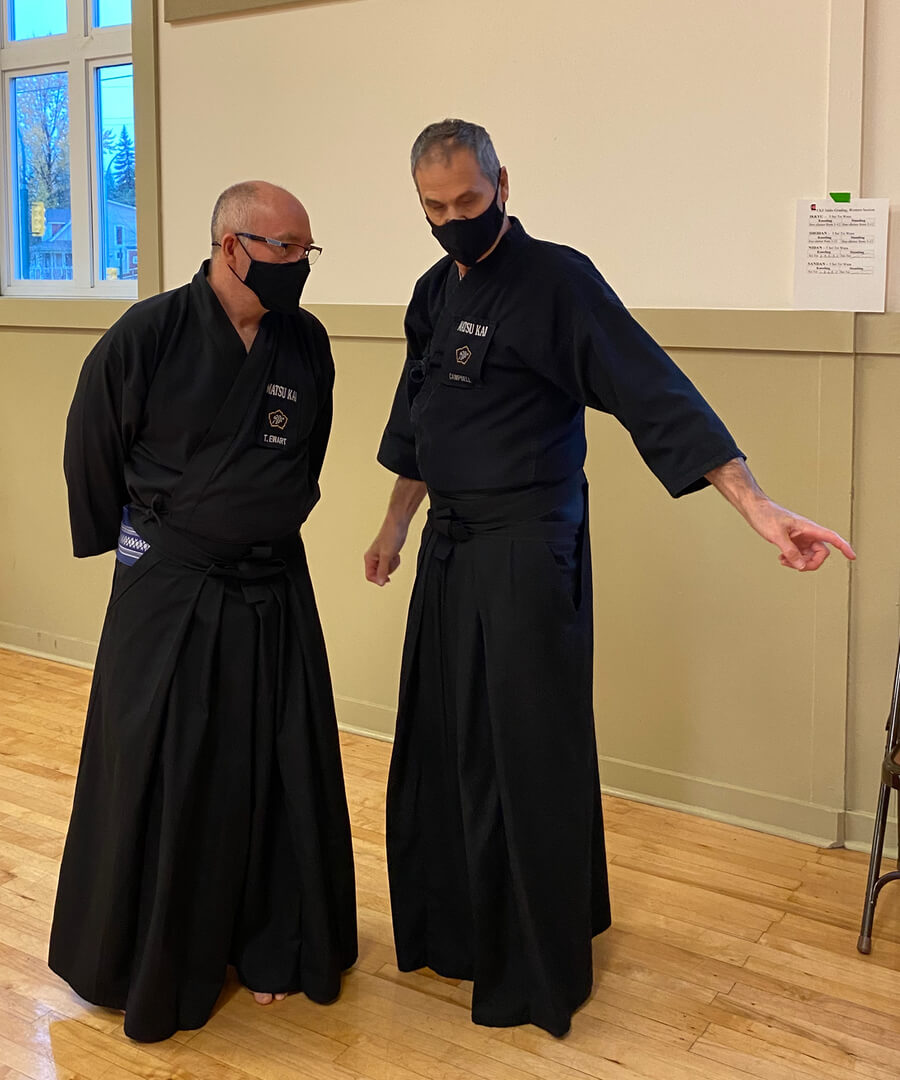 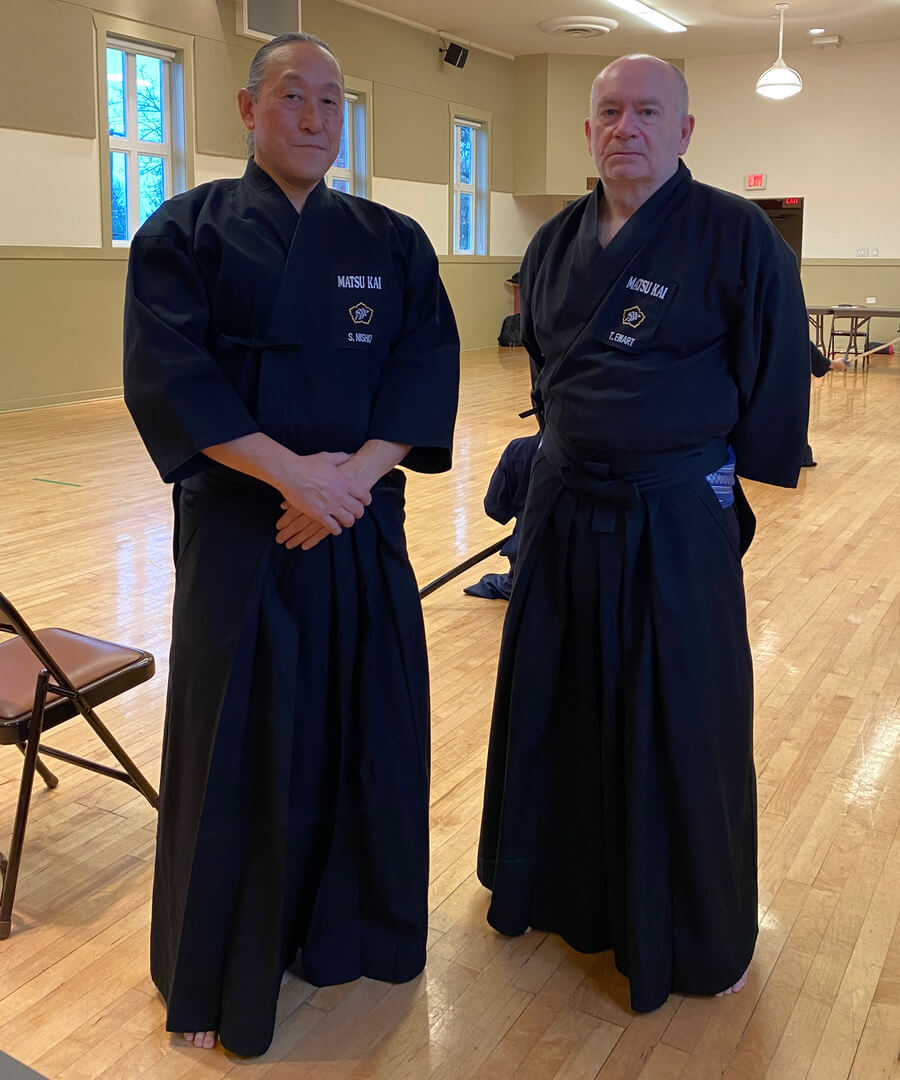 How to make a short shinai yourself, and be able to practice Kendo in any space with a low ceiling.